My images aren’t appearing on Shopify

There are two possible reasons for this.

1) Sometimes the 2d image isn’t ticked as public on Consonance.

The solution: On the metadata edit page, set the status as public, and make sure it’s ticked to be linked to the book.

2) Sometimes certain images are not successfully being pushed from Consonance to Shopify. You can see that this is the case on the Shopify page below where there’s only the 3d and the spreads, not the 2D image as expected. 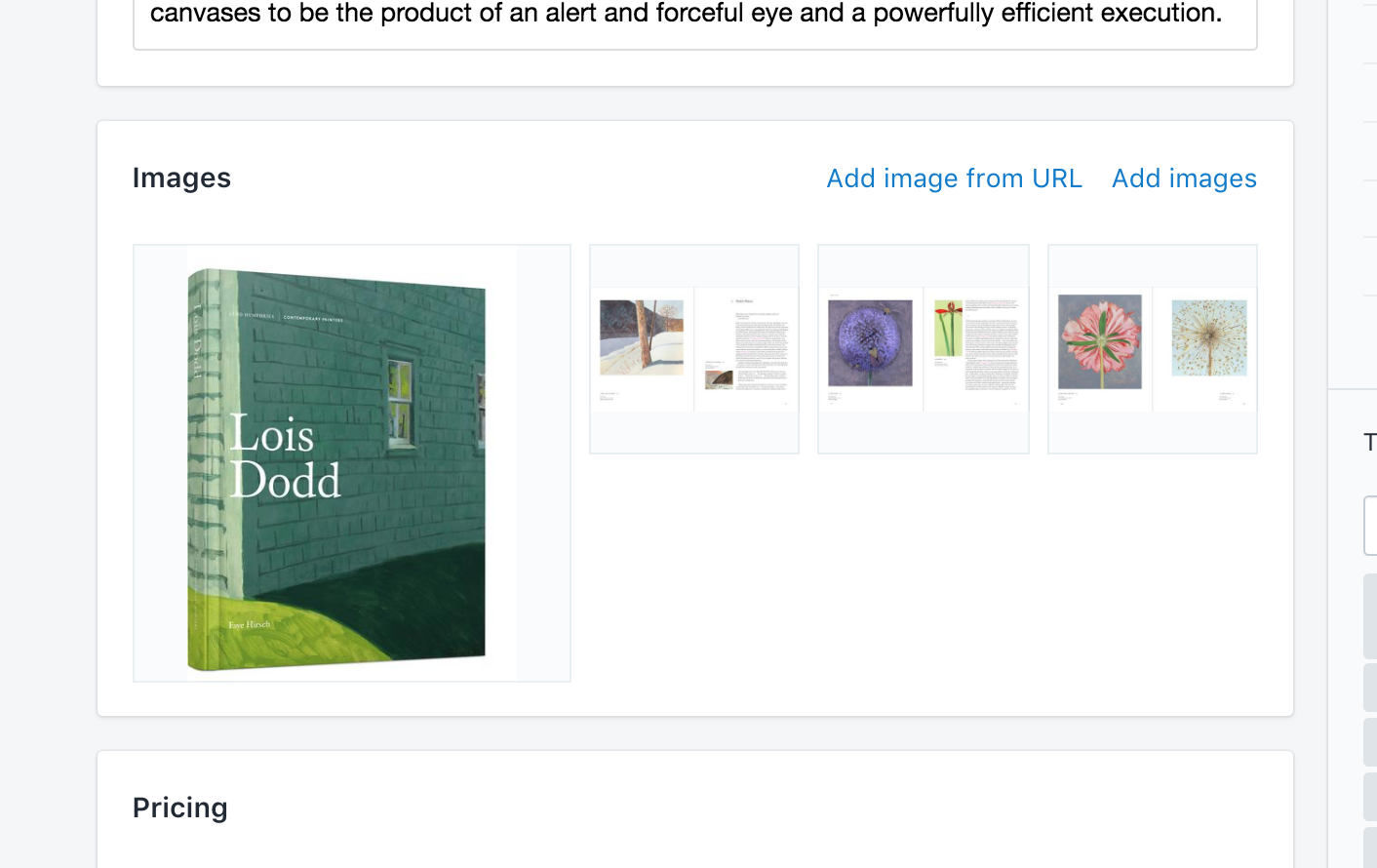 The cause: sometimes Shopify rejects certain images in an unpredictable way.

The solution: is to re-upload the image to Consonance. You won’t be able to delete images which have been sent out in the ONIX, so untick them and upload another. Screenshot the original image, and upload the resultant .png, which is known to be a RGB, small-ish format that Shopify definitely supports.

All docs about Shopify