When you have a number of base contracts, with a lot of variations depending on the circumstances of the particular contract, there are a number of tools available to help you manage this complexity.

Instead of having words such as:

instead the clause should read:

The Author undertakes to deliver to the Publishers the illustrations as detailed in the Appendix.

In the contract, in the Contract Formatting section, leave all checkboxes unticked, to include all the default appendices. Then add in detailed deliverables in the Delivery Dates section, such as: 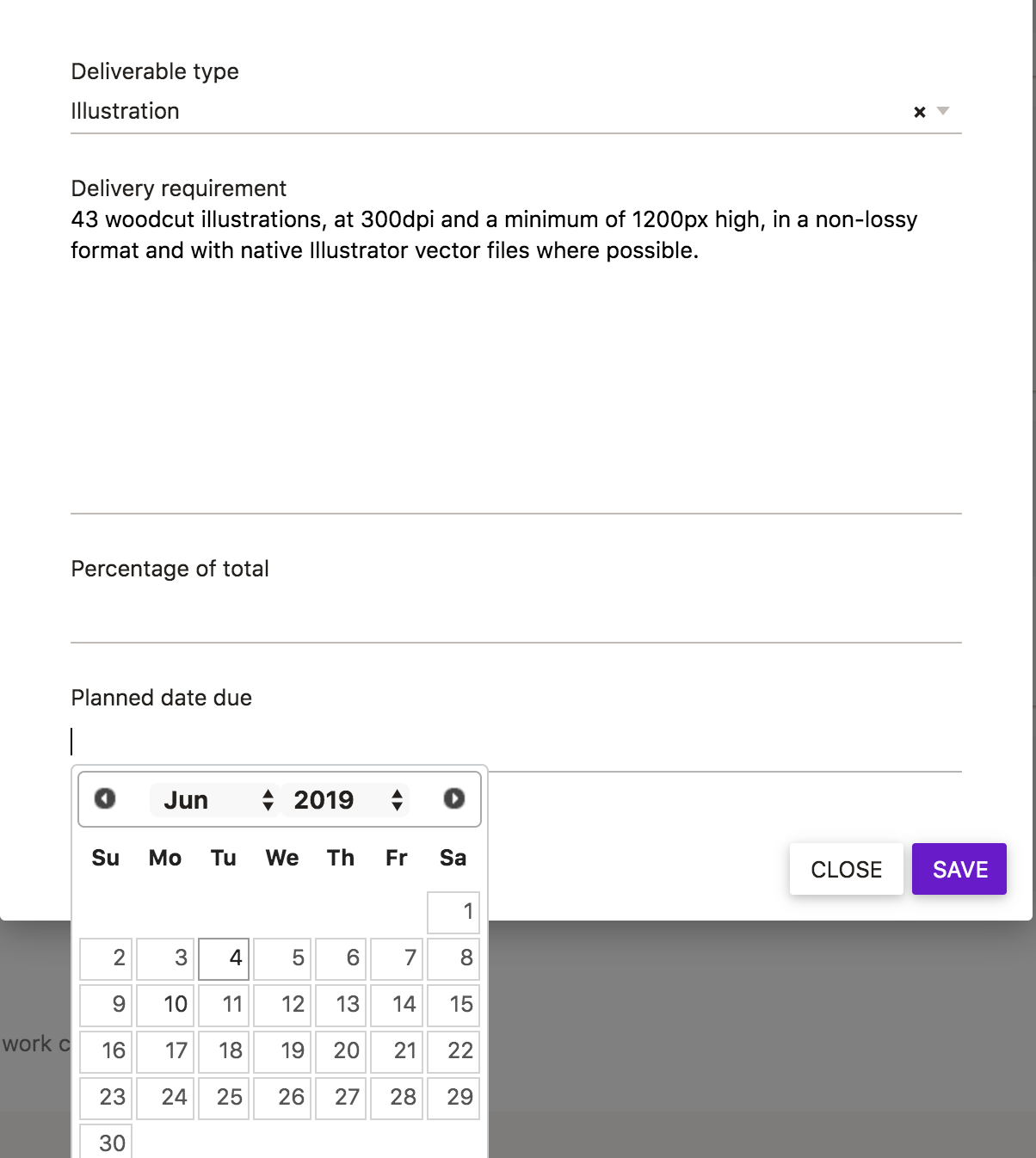 The dates will then be clearly laid out at the end of the contract PDF.

A vanilla contract template does not allow for variations. Duplicate a template’s clauses into the specific contract and then use the contract-specific clauses section to override as required:

If the commissioning editor needs to manually edit a clause to suit the precise requirements of a contract, add reminders into the clause template and surround them with two asterisks, e.g.:

The Work shall constitute all appropriate textual matter, photographs, pictures, diagrams, maps, charts, tables, graphs, bibliography, index, captions to illustrations and such other material as the Publishers may require to be incorporated in the published edition or editions of the Work.

**Optional variation: may reference an Appendix breaking down who is responsible for delivering which parts of the book, if multiple authors are involved.**

When the contract PDF is generated, this appears as:

There is thus a visual clue, and a searchable token, for editors to review the contract, and edit as required.

When there are mulitple payees on a contract who each need a different contract layout, select the relevant template in the payees section. This feature is restricted to contract-template level editing, rather than the richer contract-specific clauses feature descrived above. It is suitable for illustrator contracts where, for instance, instead of referring to the Work, the contract refers to the Illustrations.

All docs about Contracts