This article offers an example of moving from a manually maintained Excel grid to using to-dos in the system.

Here is an example of to-dos being managed in an Excel grid. 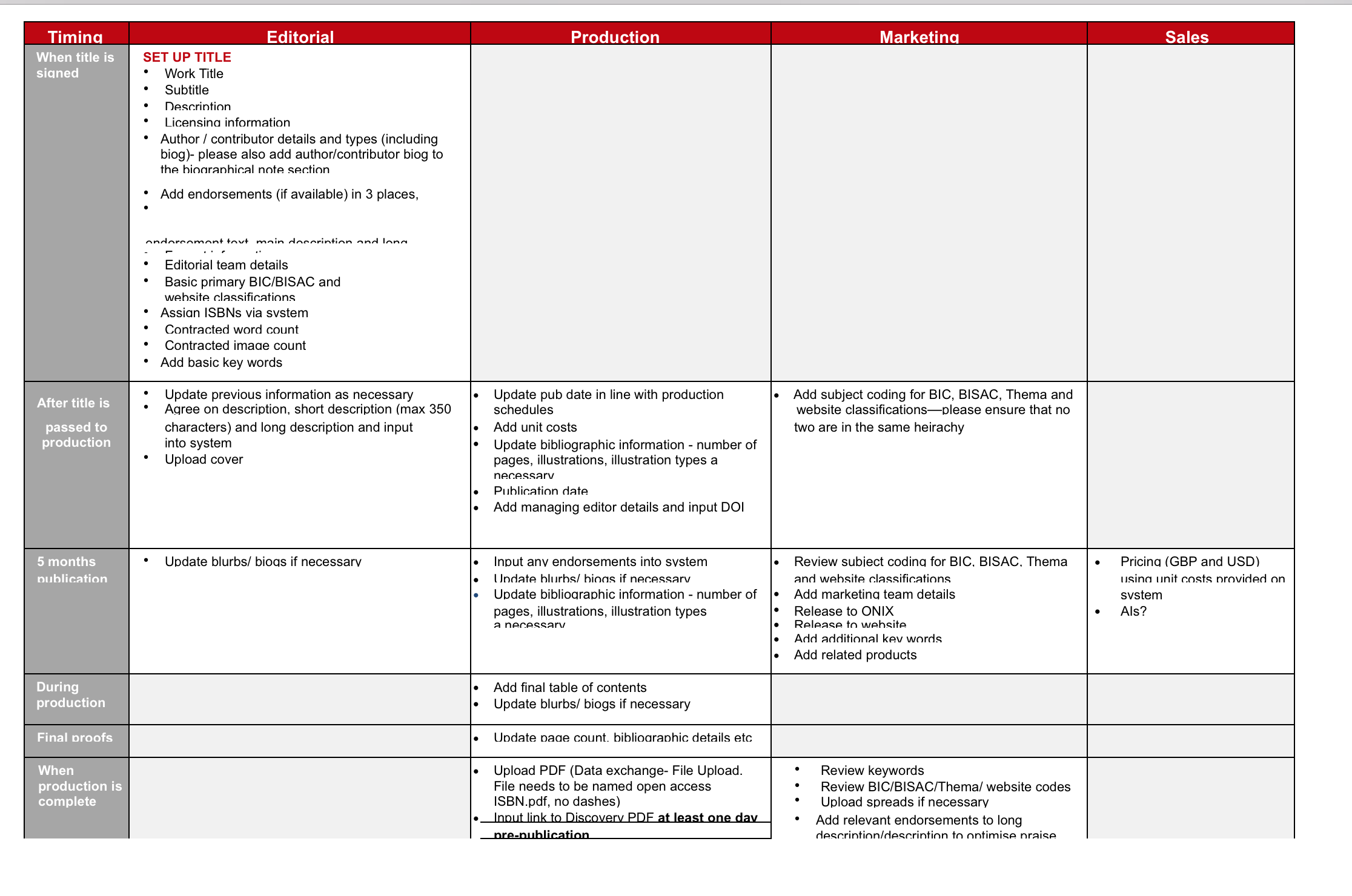 Here is how they map to Consonance: 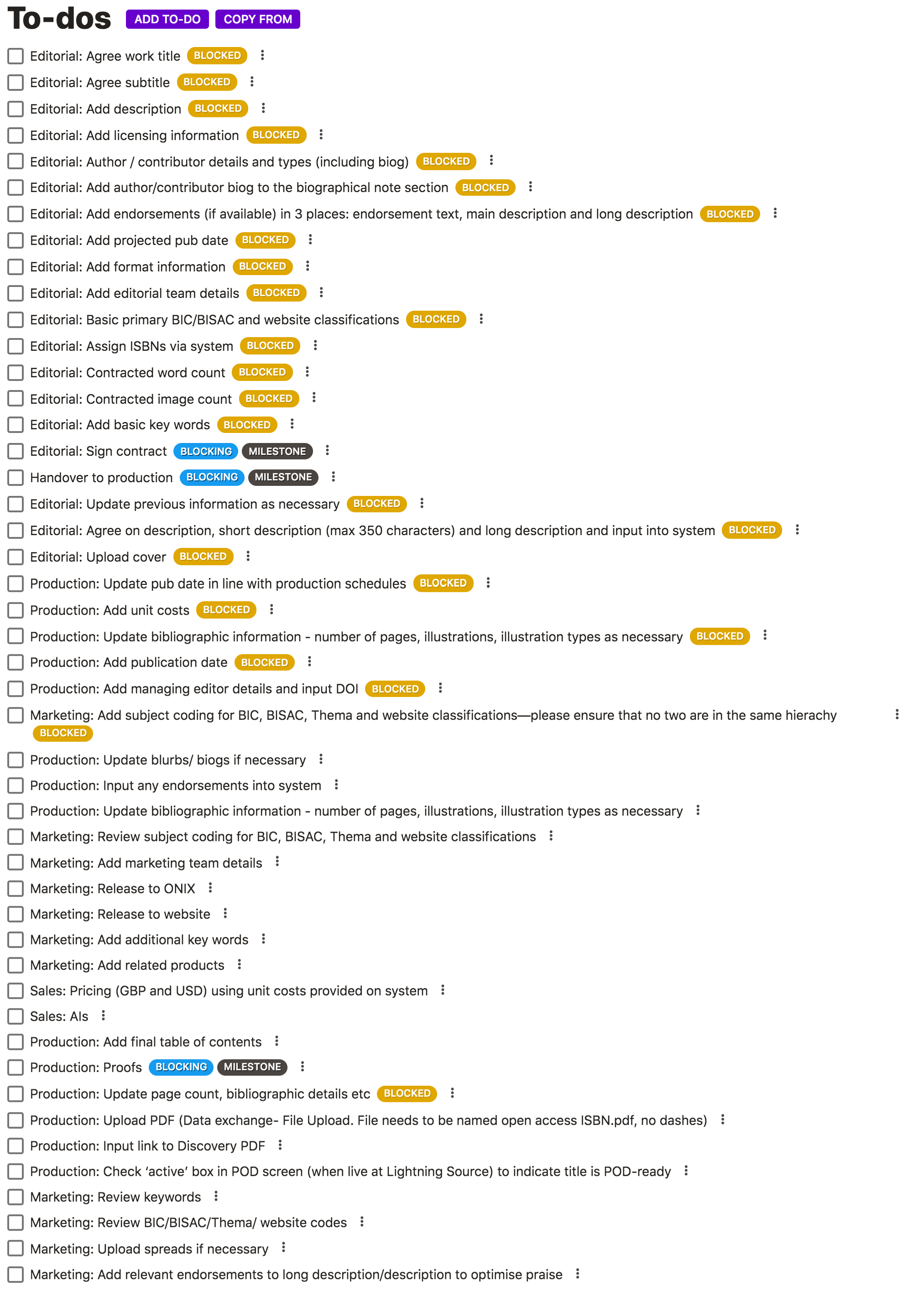 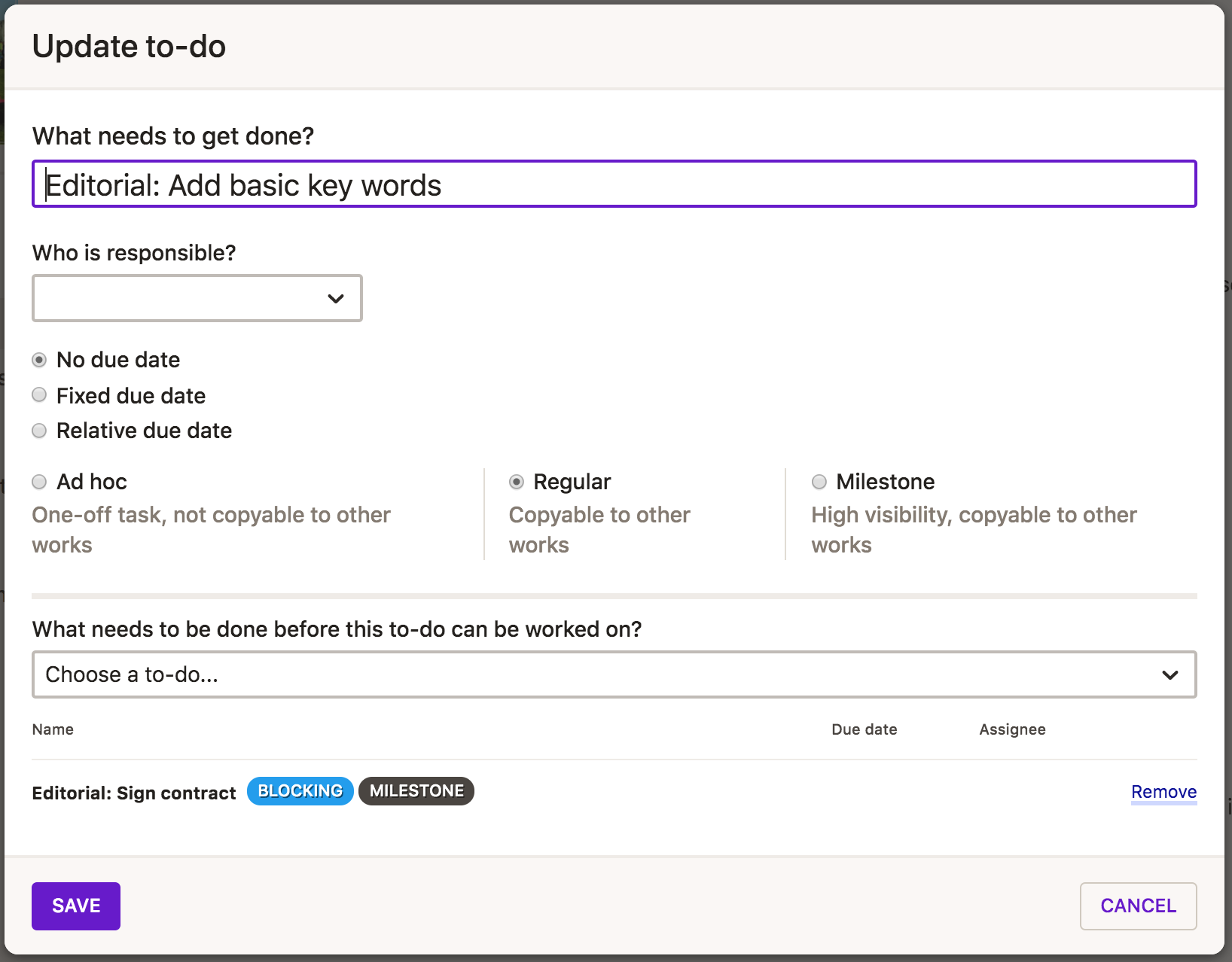 The to-do called Add basic keywords is blocked by the to-do Sign contract. This gives you a heads up that there is something that needs to get done before the to-do can be completed. In this case, you can’t add keywords before you’ve signed the contract.

All docs about Workflow